Commentary: Male victims of rape deserve support and understanding, not ridicule and disbelief 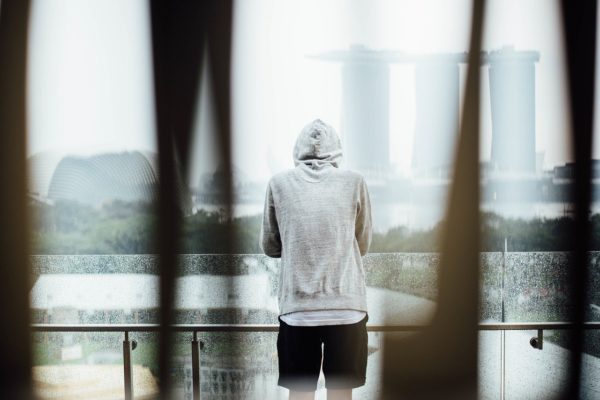 This commentary was originally published on Channel NewsAsia on 9 January 2020.

by Shailey Hingorani, Head of Research and Advocacy

SINGAPORE: Myths and stereotypes about manhood, masculinity and male sexuality abound in online comments to the news of an Indonesian man Reynhard Sinaga convicted in Britain for assaulting over 100 men over a couple of years.

Sentenced to life imprisonment, he’s been called the most prolific rapist in British legal history.

Some online comments have expressed horror at the details of the case, but many comments (whether joking or not) seem to celebrate the perpetrator, calling him “impressive”, and describing his “achievements” in tones of pride.

Disturbing as these comments are, it is another set of comments that stand out for embodying even more reprehensible views – those that express disbelief that men can be raped, and ridicule the fact that many of this perpetrator’s victims only found out that they had been raped after the police reached out to them.

It is tempting to dismiss online comments as cruel, bigoted and besides the point, but reading them often reveals the level of civil discourse on important societal problems like sexual assault.Advertisement

As a gender-equality organisation that works closely with survivors of sexual violence, AWARE knows both men and women can experience sexual assault.

We have seen firsthand how myths about sexual violence can silence male victims just as much as female victims.

Although in both cases, these myths tend to be located in toxic masculinity (such as “real men get what they want” and “real men should be prepared to be violent to defend themselves”), and rigid gender roles, they create a slightly different set of barriers for men.

While women are frequently asked what they were wearing when they were assaulted, male victims of sexual assault get questioned about their masculinity and sexual orientation.

In Singapore, changes to the Penal Code, which passed last year and became effective from Jan 1 made the offence of rape gender-neutral. This was done through the expansion of the legal definition of rape to include non-consensual penetration of the anus or the mouth using one’s penis.

However, for male victims, the challenges to disclosing their experiences of abuse and seeking appropriate help are still overwhelming.

Here are two societal myths and stereotypes that this case has brought to the fore, which form serious barriers for male survivors coming forward.

The first barrier is the pervasive belief that men cannot be raped and “real men” are able to defend themselves from assaulters. Rape and sexual assault has largely been (rightly) conceptualised as involving male perpetrators and female victims, which is borne out by crime statistics.

A large majority of sexual assault victims are indeed female, and perpetrators male. But this does not mean that men cannot be raped.

Sam* (name changed) came to AWARE’s Sexual Assault Care Centre (SACC) many years after he was molested by his older brother multiple times over a period of two years.

He wasn’t confident reaching out earlier because he felt “emasculated” speaking about his assault, and it was only after his wife coaxed him to seek help that he contacted SACC.

Sam blamed himself for his experience because of his inability to protect himself, as a “man should be able to”. In sessions with SACC, he shared the ridicule he faced from friends when he told them he was contemplating receiving counselling.

Sam’s case illustrates how societal stereotypes about how men behave – such as “real men solve problems on their own” and “real men don’t talk about feelings” – stigmatise help-seeking and reporting.

Many erroneously believe too that men enjoy all manner of sexual interactions, whether consensual or not. Another client, John*, had trouble making sense of comments from a female colleague at work, who asked him what he thought of her body.

When he told his friends about his discomfort, they suggested that regardless of his own feelings, “as a guy, he couldn’t lose out” in this situation.

By focusing on the sexual aspects at the expense of the abusive nature of an interaction, we do a huge disservice to sexual harassment survivors.

Many online comments have reacted with incredulity that many of Sinaga’s victims did not know they had been sexually assaulted, but a victim’s inability to recognise they had been raped does not make it less of a crime.

Similarly, people often attribute meaning to physical reactions to rape. For instance, erections and ejaculations can signify pleasure in consensual sex. However, in situations of sexual assault, they can occur as a purely physiological response to stimulation. They can also be caused by intense fear or pain.

However, many people believe maintaining an erection or having an ejaculation during assault is a clear sign a man has consented to the sexual interaction and even derived pleasure from the exchange.

Hence, their own physiological reactions during sexual assault may make it more difficult for male survivors to come to terms with the fact they were sexually assaulted.

A study in the UK finds that some sexual violence perpetrators are, in fact, aware of how erection and ejaculation may confuse a victim of sexual assault – and that this may motivate them to manipulate their victims into ejaculation to enhance their own sense of control and discourage reporting.

Widely held beliefs about men and the personality traits they embody inhibit many male victims of sexual assault from coming forward. What can we do to combat these damaging beliefs – some of which have been held for generations?

We need a fundamental rethink about how men and boys are raised.

We need to introduce comprehensive sex education in schools to teach boys they do not have to conform to aggressive stereotypes of masculinity, and to explain healthy and unhealthy sexual and romantic relationships.

We need more extensive public education on the barriers that prevent reporting and help-seeking behaviour, and more support for recovery and mental health services to help male victims of sexual assault.

Above all, we must remember that male victims of sexual assault deserve our support too.

* Pseudonyms used to protect the identity of victims.

Shailey Hingorani is Head of Research and Advocacy at AWARE.