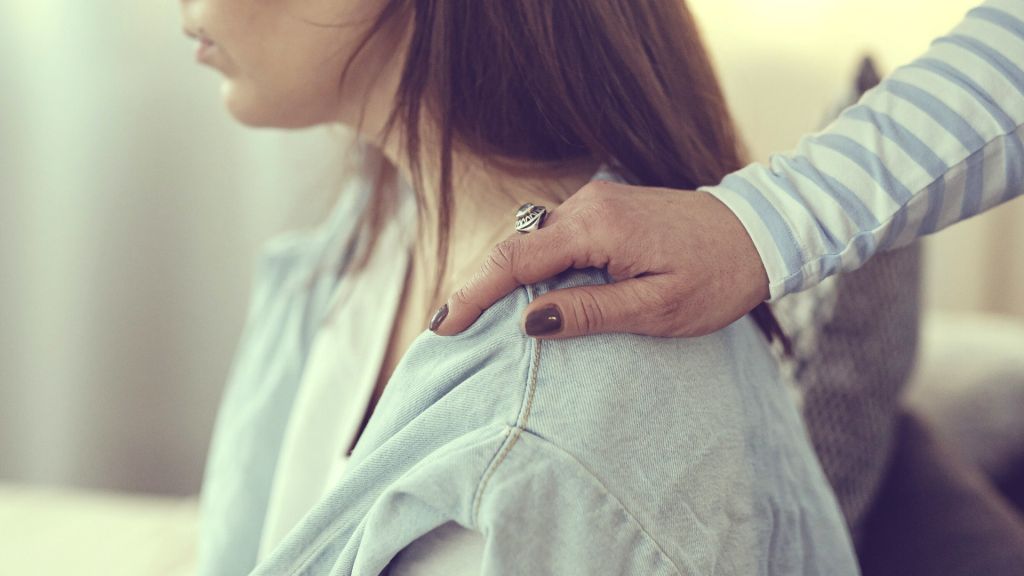 Our “Your Stories” series are submissions shared with us via email or in one-on-one interviews, for the purposes of our research and campaigns. All names have been changed (unless the use of real names was explicitly permitted by the author), and we have sought permission to publish from the authors/interviewees themselves. The opinions expressed in these posts do not represent those of AWARE.

“I don’t even know how to tell you this,” I said to my friend, whilst we sat on the pavement of a side street in Tiong Bahru after supper.

“So… my mentor… sort of made me touch… and I touched… and it’s not the first time. And I don’t know why I keep letting—why I don’t just say no. But it’s not that I want it. It makes me feel so gross. And I keep wanting to believe… each time will be the last time. Everyone makes mistakes, right? I mean… it’s my mentor. I owe so much to—but every time I feel… hands on my body like that… I just—”

This was poor storytelling. But, I thought, if I didn’t say the keywords, maybe it would be like none of it really happened. And the sick feeling in my gut would stay there, and not land all over our shoes.

I remember my friend’s struggle to make sense of what I was saying. But he was patient and didn’t jump to conclusions. He didn’t know what to do, but reassured me that nothing I’d said changed what he thought of me. I could tell he truly cared. And for that night, that was enough.

It was only four years later that I was given another set of keywords, ones that would begin to unlock some much-needed clarity. Another friend, another lifesaver.

“This is sexual assault.”

“Of course not. But then… why did I? If I didn’t want to but did it anyway, isn’t that just me being weak?”

“Maybe you felt that you couldn’t say ‘no’. That’s not the same as saying ‘yes’…”

Sexual Assault and Abuse of Power

Say “sexual assault” and the first image that pops into people’s heads is a stranger pinning someone down in a dark alley. But the reality is that an estimated 8 in 10 victims are sexually assaulted by someone we know and trust.

There are additional complexities when perpetrators have a position of power and authority in their victims’ lives. Especially when they are people to whom victims feel they owe a great deal—whether in their personal or professional lives.

It usually starts with a blurring of boundaries—perhaps the sharing of too much personal information. The initial rush of feeling trusted by someone we admire can be heady. We want to live up to the privilege of being chosen to keep their secrets.

They then cross the lines, subtly at first. A hug that goes on for too long. Seemingly offhand and “objective” remarks about how attractive we look. Little things that we would feel ridiculous voicing discomfort over. When we’re so much younger, how do we confront an adult, and one who is highly esteemed? It’s easier to convince ourselves that we’re reading too much into things.

Then they cross an obvious line. And they express remorse. They hate that they’ve hurt us. Can we forgive them for their lapse of judgement (they love us so much; they couldn’t help it)? Can we promise not to tell anyone? Everyone will misunderstand their love for us. We feel sorry for them. They promise that it would never happen again.

But it does. Even though things look up for a while. The woeful routine works a few more times. But when we get frustrated with them, they change tactics: They gaslight. Sneering that we’re making a big deal about something so insignificant: “Huh, like that also cannot ah?” Mocking our attempts to set up boundaries: “So you’ll set a timer for how long I can hug you?” Being impatient that we need time to regulate after each assault: “Don’t tell me you’re not going to speak to me for three days again…” The twisted mind games—claims that we actually wanted their advances. And, when they feel we really might leave them, the threats of suicide…

It was my first time encountering someone like this. With no prior framework to name or explain what was happening, I had no defences for this older person’s manipulative arsenal. All I did was second-guess whether my own boundaries were reasonable, and feel guilt and fear for asserting myself.

After many cycles, it became easier to just… go with it. Putting up a fight was emotionally exhausting and futile. The assaults got more frequent and invasive over the next two years. I bought into the perpetrator’s lies that it was my fault for being a temptation. I felt I only had myself to blame for being “too weak to resist”.

Life seasons change, and I ended up not seeing this former mentor as often. Eventually I gathered the courage to cut off contact completely. But the misplaced guilt and deep shame stayed with me for years after.

The Gift of a Good First Responder

I can now explain these dynamics and see that the manipulation was intended to deflect the real wrong at hand: that the perpetrator was sexually violating me against my consent. But this has only been possible after nearly a decade of research, therapy and those initial supportive first responses from friends.

Given how much I’d misunderstood my situation, and how incoherently I was telling my story, things could have gone so badly. My friends could have easily concluded that I’d been “asking for it”, or assumed that the perpetrator couldn’t have meant to do this.

But they listened. They put their discomfort of talking about “sex stuff” aside and focused on being there for me. As a result, they could hear the story behind my stuttering words and realised that I’d been badly hurt. They then tried to figure out how best to give me the help I needed to heal.

Having friends who didn’t judge meant that I didn’t have to deal with the anguish of being dismissed by loved ones I’d trusted. Instead, their support was an anchor, tethering me to a reality deeper than my trauma: No matter what I’d become associated with, I was loved. I was believed.

Nearly a decade after our conversation in Tiong Bahru, my friend and I attended AWARE’s Sexual Assault First Responder Training (SAFRT). We learned why it’s difficult for victims to speak about assault, how to identify sexual assault nonetheless, and the steps to take after someone has confided in us.

I was relieved by how many things my friends had got right all those years ago, even without training. But after the session, my friend told me quietly that he regretted not having all the skills to immediately recognise what I had been trying to tell him. He could have known how to get me the right help sooner.

While I didn’t blame him at all, I could see his point. Education does make a difference in being able to deliver intentional help. Every person trained is one fewer person likely to wound an already ravaged victim. One more gateway to a road of healing.

Whether by chance or providence, I’ve been fortunate to have good first responders who could figure things out with me along the way. But there are many more victims shattered by ignorant or victim-blaming responses. What AWARE’s SAFRT is creating is a world where a good first response won’t be an anomaly or a miracle. It would be a given.

Support Sexual Assault First Responder Training and AWARE’s other initiatives against sexual violence by donating to the Hope in the Dark fundraising campaign on Giving.sg. To attend SAFRT, check for upcoming dates on AWARE’s Eventbrite page.